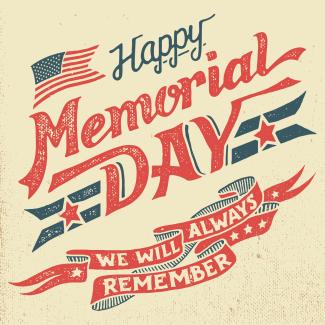 Over the past few weeks we have seen a continuation in market volatility. What started in the tech space has now spread to other segments of the broad market, specifically the retail space. We’ve also seen a lot of speculative assets, such as large hedge funds, private equity, and crypto currency continue their declines.

In one of our recent posts we wrote of speculation that a hedge fund may be blowing up. In the past couple of weeks that suspicion has been proven true. The hedge fund Melvin Capital announced last week Thursday that they would be shutting down the fund in the coming months.

Without going too deep in the weeds, the fund was heavily damaged by the GameStop and “Meme-Stock” movement that happened in early 2021. It was able to ride the coattails of an increasing market, along with an infusion of cash from other hedge funds, for the better part of the past 12-18 months. However, with the recent decline in growth stocks the fund has losses that it considers too damaging.

Should you want to learn more about the collapse this Yahoo Finance article takes a deeper dive into what’s transpired over the past year and a half.

Now a hedge fund blowing up is not the only culprit behind this year’s volatility. The same variables that we referenced a few weeks ago (inflation, war, interest rates) all still apply.

In addition, the past few weeks have seen retailers such as Walmart and Target give back some of the appreciation that was realized during the pandemic. Although both companies showed positive revenues year-over-year we still saw their stock prices fall by 20% to 30%.

A portion of the negative feedback from markets is related to the inventory that a lot of these retailers are currently carrying. This is completely opposite of the issues we were dealing with during the early weeks of the pandemic, where toilet paper and canned goods were impossible to find.

There are quite a few reasons for this oversupply, but one of the biggest is that there was a ton of demand for goods. When people got sent home for work all of the pain points at their home came to light. When paired with the COVID stimulus programs and low interest rates a lot of people went shopping. Demand for goods & services shot through the roof.

The problem then pivoted to a lack of people to make these products. Everywhere you went, and often still go, you would see held wanted signs. There has been a narrative over the past 18-24 months that stimulus programs and additional unemployment benefits made it so people didn’t need to go back to work. Although this might be true for some people in our country, the biggest driver of all of these job openings was that consumers wanted to consume goods. In order to consume goods we need people to make them.

Another thing that the pandemic made harder was forecasting. When companies like Target and Walmart start ordering products they rely on these forecasts to establish purchasing levels. During 2021 demand was so high, and production was so low, that companies started ordering more product than they ever had before. Taking Target as an example, their inventory over the past 12 months was 40% higher than the previous 12 months!

Now that a lot of the stimulus money has been spent, and interest rates are rising, we are seeing a slowdown in demand. This results in Target and Walmart having a lot of stuff being shelved in their warehouses. Making it even harder is that the stuff they’re holding is primarily home furnishings, which tend to be big and bulky items.

From an employment standpoint it would not be all that surprising if some of those help wanted signs start to disappear. When demand falls, and inventories rise, the need to create products starts to lessen. This should result in less jobs being needed to create products.

A decline in jobs, paired with a declining stock market, often coincides pretty closely with a recession. The definition of a recession is two straight quarters of declining GDP growth. The 2022 Q1 numbers came in about 1% lower, so from an indicator standpoint we are already halfway there. This means we would need slowdown between April-June of 2022 to officially declare a recession. Given that we are currently living through this period, and things still seem bleak, it would not surprise us if the cries of recession are valid.

Now recessions are not always inherently bad. When that word gets thrown around we are always drawn to periods like 2008, the Dot-Com Bubble, or even the Great Depression. However, from a historical standpoint recessions tend to happen every 3.5 years. The most recent recession we experienced was in 2020, which was largely a forced recession. COVID was taking over and the government was forced to take the economy off the tracks.

The recession that preceded that one came during the Great Recession, which lasted until June of 2009. This means we’ve gone almost 13 years without a true recession. I’d say that’s a pretty darn good runway, but it also means that we are overdue for one.

One of my favorite financial writers, Ben Carlson, recently wrote that recessions are a necessary evil to shake out some excess. We’re starting to see this shake out happen in a lot of these big hedge funds (like Melvin Capital), as well as some of companies that benefited from lockdowns.

The chart below illustrates the drawdowns of some of the high-flying companies during the pandemic. To pick on a few, we can see big drawdowns in Peloton, Zoom, DoorDash, and Docusign.

These companies that benefited from work-from-home orders brought forward a lot of their demand during the pandemic. However, what we’re starting to see is that some of that demand was likely short-lived. Speaking on behalf of Pitzl Financial, our meeting settings went from 100% virtual during the pandemic to maybe 25% now. We’re also receiving the same type of feedback from clients who work for big corporations. Companies want their people back.

It’s not just the COVID darlings that have been affected. Larger companies like Microsoft, Amazon, Starbucks, Disney, and Facebook have all felt a great deal of pain. As it sits today the S&P is down about 15%, and all of those companies are in excess of that drawdown price. Some by an incredibly large amount.

So what does that mean for you? While it seems tough to find good news in today’s environment we want to reinforce some of our investing philosophy. In our recent meetings we have expressed to people that the market is quite a bit different than the economy. As mentioned before, economic indicators tend to be backwards looking. On the flip side, the stock market is forward looking. There is already quite a bit of bad news priced into the market, and some of these major companies have already bled out a lot. But companies are living and breathing things, and they will adapt. When this adaption comes it typically results in good news, which should inevitably push the market up.

The problem with this is that we never know when it’s going to occur. Markets can stay flat for extended periods of time, but they can also shoot up in a hurry. If you’ve been working with us for a while, or have read some of our older blog posts, you’ve likely heard us say that returns come in bunches. This still holds true today. There has been a lot of damage inflicted to markets, but we still feel that there is a lot of upside to be had.

So in the meantime, it’s best to control what we are able to. This includes staying diversified, which has resulted in your portfolio damage being quite a bit less than the S&P 500. If you are still in the accumulation phase of life then this is as good a time as any to get invested. As it sits today you can get stocks at a 15% discount compared to where they were 6 months ago. If you are taking distributions from your portfolio they are likely coming from the bond side of the ledger. These bonds hold their value during times like this and will be ready for you when you need access to cash.

We are here for you, and will be with you through this market cycle and any others that follow. Should you have any questions our team is more than happy to discuss anything that you are currently thinking about.