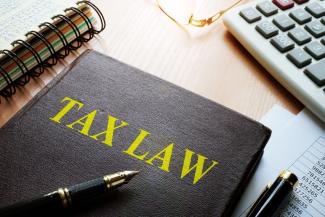 Happy New Year! I trust you and your family had a happy and healthy holiday season. To our Minnesota clients, I hope you enjoyed (better yet, tolerated) all of the snowfall we’ve seen in the past 2-3 weeks. The Pitzl Financial team had a lot of travel restricted, but we all survived the holiday season unscathed and are looking forward to another busy year!

In what has become a recurring theme, Congress pushed through a new piece of tax legislation in the closing days of 2022. SECURE 2.0, named after its predecessor SECURE Act, brought with it over 100 changes to taxation and retirement plans. Many of these changes involve complex rules and restrictions for retirement plan administrators, and a limited amount for individuals to be concerned with.

Furthermore, the good news is that a lot of these complex changes don’t go into effect until 2024 at the earliest, so there aren’t any major actions that need to be taken for the 2022 and 2023 tax years. The vast majority of these 100 changes are relatively small, and seem to be used to make the budget look better. Most of these updates only affect a small subset of the population. However, there are a few things that came with this bill that will offer some unique planning opportunities going forward.

One of the most well-known changes that came with the original SECURE Act was the delaying of Required Minimum Distributions (RMDs) to age 72. With the passing of SECURE 2.0 those RMD ages are getting pushed back even further.

Unfortunately, if you turned 72 prior to 2023, you are still required to take RMDs on a year-to-year basis. However, if you turn 72 in 2023 or later, you will get to delay your RMDs at least an extra year. For individuals born in 1960 or later your new RMD age will be 75.

The chart below provides a good illustration of when you can expect RMDs to start based on the year you were born.

Now, this initially doesn’t seem like a great deal, especially because the tax reduction for a high income earner can be very beneficial. However, the ability to get a large contribution into the Roth portion of an investment portfolio allows for increased flexibility during retirement years. In addition, once those Roth dollars are in the account they are never taxed again.

The second question is how will these catch-up contributions be treated from a tax standpoint? It appears that the same $145,000 wage restriction mentioned above will apply here as well. Put more simply, a 60-63 year-old earning more than $145,000 in wages would have to make their $10,000 catch-up contribution a Roth contribution.

In an effort to wrap this section up, none of these changes go into effect in 2023. This means that we have at least a year to get additional interpretation from the IRS. But as it stands now, the above interpretations seem to be agreed upon by other industry experts.

The other major change that came from SECURE 2.0 is the ability to convert up to $35,000 in 529 plan assets into a Roth IRA. On the surface, this is a really cool concept and something that will likely be used a lot going forward. However, taking advantage of this will require a lot of care and mindfulness as there are a number of restrictions.

Similar to other changes, the ability to convert 529 dollars to Roth won’t be available until 2024. The main reason behind this is that 529 providers will now have to build out their own processes in order to execute this transaction. In addition, the restrictions mentioned above will require a lot of boxes to be checked.

The first restriction for converting dollars is that the conversion has to happen in the name of the beneficiary.

The next restrictions are based on the amount of time the account has been opened and funded. In order to convert the dollars, the account must have been opened for at least 15 years. Additionally, any contributions made within the past 5 years are exempt from conversion.

There are also restrictions on how much you are able to convert. The conversion is limited to the max IRA/Roth IRA contribution in any given year (for 2023 this would be $6,500).

The conversion amount is further reduced by any contributions made to an IRA or Roth IRA. Using 2023 as an example, if you were to make a $3,000 Roth IRA contribution you would only be able to convert $3,500 from the 529 plan.

Finally, in order to actually convert dollars, there must be some form of income from the account beneficiary. This restriction is something that has yet to be fully interpreted, and communication from the IRS will be required in order to confirm how this works.

The current drafting of the legislation does not specifically state that there needs to be a certain amount of earnings in order to convert. It simply states there needs to be some form of earned income. It would not be a huge surprise to see an income requirement similar to how contributions are treated in the example above, but until we get additional clarification that is simply speculation.

As mentioned initially, there are a lot of additional, albeit smaller, changes from this new legislation. If those smaller changes affect you and your household, we will be sure to address them with you individually or during our next conversation. However, the above changes appear to affect the vast majority of the people that we work with.

The final thing to note is that tax laws are only permanent until the next bill comes out. Congress seems to have gotten into a cadence of making large updates every 2 or 3 years, so everything here is subject to change. Until those changes happen we will work with the information that we have, and be sure to tailor our planning based on the needs of you and your family.