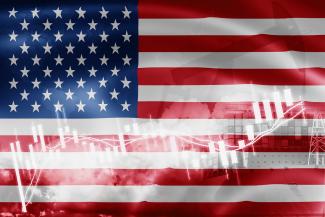 Elections, Markets and Your Financial Plan

As we inch our way toward Election Day 2020, we are receiving a natural increase in questions about the impact this will have on markets and portfolios.

First and foremost, no matter what the polls and forecasts are saying in advance, we never know the outcome of an election until the votes are counted (as the last election clearly demonstrated).

Second, despite a constant barrage of analysts and pundits speaking to the contrary, there is no historical correlation between market performance and which party controls the White House.

Similarly, there is no historcial correlation between market performance and who controls Congress. 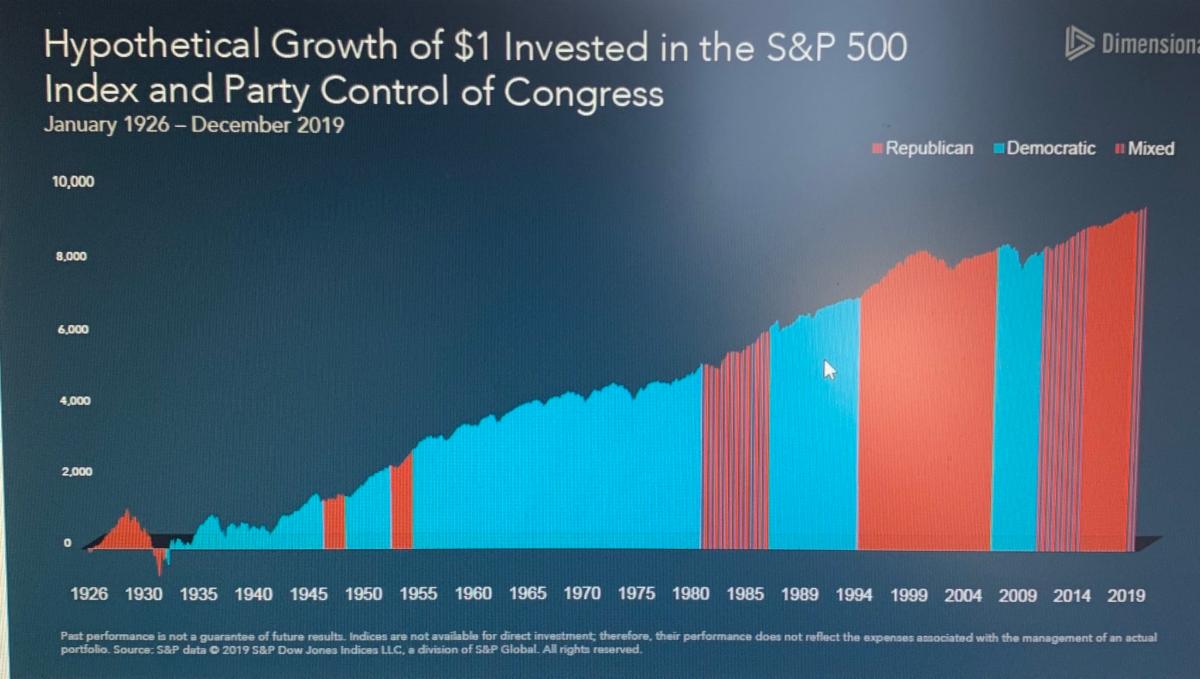 Depending on the outcome, there will obviously be a change in focus for policy decisions, the regulatory environment, and the tax landscape.

From a stock market standpoint, these changes typically do not disrupt the entire market as a whole, but can often lead to a significant rotation in terms of what will perform more favorably moving forward. This underscores the importance of remaining diversified.

For example, in the late 1990’s Clinton era, US tech dominated markets and led to the famed “tech bubble.”

After Bush won in 2000, US markets began their “lost decade” in which US tech stocks (Nasdaq) lost 41% over the 10-year stretch, and the broader S&P 500 finished negative 9% for the entire decade. However, small caps, value stocks and emerging markets went on to earn double-digit annualized returns over that same timeframe, and developed foreign markets outperformed the broader US market.

When Obama was elected in 2008, the tides began to shift and on the heels of the Great Recession, US markets handily outperformed foreign markets, aided by far more friendly central bank intervention here than overseas.
Then after Trump’s election in 2016, US tech went on a wild run again and has exceeded all other sectors by a healthy margin.

Notably, the consensus forecasting in each instance was something different. When Bush was elected, people were talking about the Dow shooting to 40,000. When Obama was elected, we were in for 4 years of pain as taxes would rise, government spending would explode, the dollar would collapse, and no one would ever buy a house again. When Trump was elected, markets would collapse due to civil unrest and a president that doesn’t understand how Congress works.

In other words, predictions and forecasts are interesting, but rarely useful. We acknowledge that it is extremely difficult not to put on the prediction hat in times of heightened anxiety like this. We all want certainty and clarity, but as investors, we also have to acknowledge that even in the best of times, markets do not provide that.

It is also difficult to look back at the recent past and extrapolate that momentum forward…good or bad. But in virtually every election cycle of the past 100 years, the following 4 years rarely look anything like the previous 4.

Instead of trying to guess market outcomes, we are likely to be able to draw more concrete conclusions about our personal planning decisions based on candidate and party platforms.

While we never recommend acting before policy proposals are actually enacted, here is a preview and summary of the Presidential Tax Proposals.
As we wade into 2021, these platforms will become more widely known and understood, and depending on the composition of Congress, these proposals may be more or less likely to be enacted. While this does not lead to anything conclusive at this point, we can at least begin to prepare and organize our thoughts for what may be coming in the years ahead.
While economic indicators are vastly exceeding expectations, corporate earnings continue to surprise to the upside, and the housing market remains as hot as ever, it is important to remember that the game is far from over.

Earlier this summer, in our blog about the disconect between markets and the economy, we wrote that the unprecedented amount of Fed activity and government stimulus was estimated to be signficantly greater than the reduction in GDP.

Certainly, this helped bolster markets in the short-term, as overall spending remained strong…it just ended up being consolidated to the biggest companies that were not forced to shut down instead of the mom & pop shops on main street.

We are still in the middle innings of the pandemic, and we have an election thrown into the middle of an already volatile and stressful situation.

How we are able to treat, manage and hopefully eradicate Covid-19 will have a greater impact on financial markets than whoever gets elected next week. But the election outcomes may lead to signficant financial, tax and estate planning considerations in the years ahead.

To wrap things up, here is an excerpt from an article I wrote for the Star Tribune that was published on the eve of the election in 2012. While that was penned 8 years ago, virtually everything in it is relevant to today’s environment and election cycle.

The world is not going to end if your candidate does not get elected. The economy is not going to unravel. And your personal economy is going to be affected far less than you might believe because most of the stories being told during an election year have no chance of ever coming true. We must keep that particular notion in mind as we assess the viability of the story unfolding in our heads.

This fear of loss in the face of uncertainty is one of the most powerful emotions we encounter. It is also the most expensive. Just as it affects the decision on which candidate you’ll vote for, it subconsciously drives how we spend money, make investment decisions and discuss finances with our partners.

While the natural tendency is to attempt to eliminate uncertainty from our lives, our energy would be far better spent learning how to live with and plan for uncertainty. Eliminating uncertainty requires an ability to predict the future with precision and accuracy, which is an impossible task. Human beings, politics and markets are inherently unpredictable on their own, and become quite the science experiment when you put them together. As the father of Taoism, Lao Tzu, concluded: “Those who have knowledge don’t predict. Those who predict don’t have knowledge.”

The best planning and investing strategies do not emphasize maximum results under the perfect conditions. Instead, they always involve a buffer, a margin of safety, that keeps us afloat under all conditions.

Stay safe. Get out and vote. Take some deep breaths. We will get through this…no matter the outcome.